This winter I've had lots of opportunity to practice my three main winter sports--shivering, slipping on ice and shoveling. Hoping for an early spring. Ground hog do your thing.

One of Toronto's nicknames is the Queen City, and it couldn't have gotten much "Queenier" than this 4th of July, 2010.

The one and only Queen Elizabeth II, 84-year-old monarch of the Commonwealth Realms, and Prince Philip, were in country for a visit, and both were in Toronto for the 151st running of the Queen's Plate, Canada's oldest thoroughbred race.

This morning the Royals attended services at St. James Cathedral (Anglican) in downtown Toronto. Joanie and I walked down to the neighborhood to visit the Sunday flea market and were able to see the Queen and Prince arrive in front of the church with a motorcade of scores of police and support vehicles, and later, after the service, we got to within a hundred and fifty feet of her and took photos posted in photo section. Queen is in blue dress and hat. 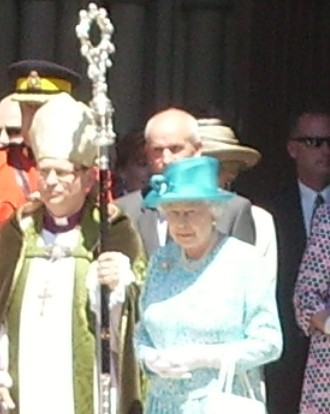 On the way home, Joanie and I caught sight of some very different queens as we had to pass through Toronto's famous Gay Pride Parade.

Think of it as a cross between "Rio," "MardiGras," "New Orleans," and "Halloween" on the Fourth of July. The parade is said to be the largest of its kind in North America (and one of the largest in the world) and has become a widely supported event by gayand non-gay citizens alike, with attendance over a million.

The start of the parade is just down the road from my place on the winding wooded Rosedale Valley Road; so we could avoid the main crowds and snap more photos as the paraders—many dressed as Queens for the day—made their way to the official start of the event. 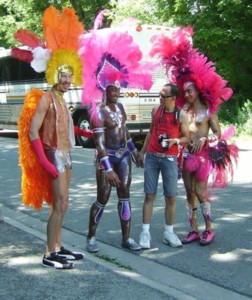 Police wearing colored beads and broad, friendly smiles were everywhere in sharp contrast to the 20,000 cops on the street last week in full riot gear to protect the G20. A real contrast. Some photos, too. of the boarded up windows in the downtown last week June 27, the day after the main G20 riots in the city. 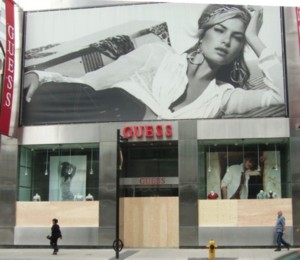 Start a Free Blog at Webs.com